A Pet is for Life, Not Just for Christmas

During the holiday season, many people consider adding an animal member to their family. While buying a pet as a gift might seem like a wonderful idea, not everyone is able to give an animal the amount of love and care they need. This often results in abandoned pets roaming in the wild, which in turn contributes to Australia’s problematic invasive animal populations.

The term ‘invasive species’ refers to animals, not usually found in the natural ecosystem, that have been introduced into the environment as a result of human activities. Invasive species have a major impact throughout Australia, threatening our rich biodiversity, adversely affecting landscapes and waterways, and having severe economic and social impacts.

Red Foxes were originally introduced to Australia by settlers in the early 1800’s for use in the practice of fox hunting. Unfortunately, foxes are now estimated to cause over $227million worth of damage to Australia’s agricultural industries and environment each year through foxes hunting livestock and native wildlife as a food source.

Similarly rabbits were introduced for hunting and are thought to cause over $200million worth of damage to the agricultural and pastoral industries each year, through lost production because they eat farmer’s crops. They also cause unmeasured environmental damage and social problems.

Numerous invasive species are found within the NAR and these include (but are not limited to) red foxes, wild dogs, pigs, rabbits, cats, goats and tilapia (a type of fresh water fish). Several of these species are listed under the EBPC Act as a key threatening process. Click on the link for more info http://www.environment.gov.au/cgi-bin/sprat/public/publicgetkeythreats.pl

Managing invasive species across our landscape is critical to the success of the Corridors for Climate Change Project. Controlling invasive species is a vital component of connectivity conservation. Ongoing management of weeds and invasive species within established vegetation linkages provides a safer environment for native species and makes it easier for them to move across the landscape in response to their needs. We consider the increased risk of aiding the spread of pests and weeds when planning corridor linkages and implementing active management programs. This helps to prevent invasive species from moving along habitat corridors and spreading or affecting other important habitats and ecosystems.

The Project’s emphasis on bringing together diverse stakeholders, including government departments, scientists, private landowners and other members of the community, provides a unique opportunity for the integrated management of invasive species across many different landscapes. In fact, Corridors for Climate Change can co-ordinate invasive species control over multiple properties, enhancing connectivity, improving conservation efforts and limiting damage, for a more diverse ecosystem and a healthier natural environment. 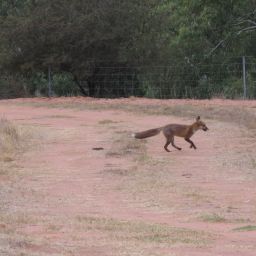 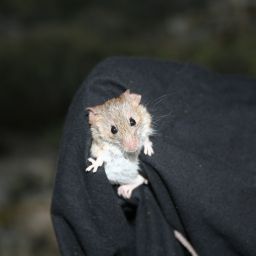 Reporting Pests on Your Property 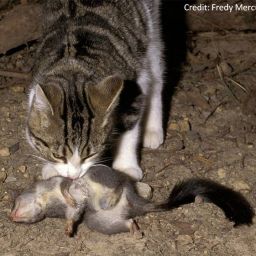 On the frontline between feral cats and Aussie critters